Hello World! The wireless networks are found everywhere because they solved a very challenging problem "People should move, not the network" which in single word known as Mobility. In this first article, on the theory of wireless networking for offensive security, I will discuss the some history and organizations behind penetration of this wonderful technology in the market.

What Makes it Different?

No one wants to be constrained by an Ethernet wire while trying to access the internet at the fastest speed possible, whether they are seated at their desk or lying in their bed. The second primary factor is cost. Since a single device may cover a wide area around them, setting up wireless network is less expensive than laying ethernet cables, which lowers the cost of adoption.

You may already know this, as something is adopted more widely, the cost of purchasing and maintaining it falls as a result of more resources being allocated to the same technology and rising comptetition in the market. Customers are encouraged to use wireless devices at home or for their own property because of this: high quality product in afffordable price. Apart from when I used to initially establish the wireless networking, I hardly ever remember using an Ethernet connection to connect my router.

But the Wireless Router is Tethered to "some" Wired Network...

You will notice that there are some boxes in your neighbourhood (at least in India) where the wire from your router is connected to them. These boxes then relay network packets to the ISP, which routes them across the internet. It is true that an ISP finds it challenging to directly provide a wireless network in your home due to availability issues and return on investment considerations. Therefore, a simple wired infrastructure connects to the Internet, and then the wireless network can accommodate as many users as needed in your house or office.

As you may know, in the case of a wired network, the conducting property of metals and total internal reflection in the case of fibre optics are used to make networking possible, whereas in wireless, no such things are used, which appears to be some sort of magic.

This, of course, is not the case. Wireless networks, like wired networks, transmit data over an electro-magnetic spectrum medium. Infrared light, on the other hand, was used in early wireless networks, but it has limitations; it is easily blocked by walls, partitions, and other office construction. Radio waves can pass through most office obstructions and provide a broader range of coverage.

The development of the standards, protocols, security and interoperability for WiFi technology are heavily influenced by four non-profit organisations. The adoption would not be as feasible as it appears to be now without the "Four Pillars of Wireless Networking" as I used to refer to them.

The ISO is responsible for the creation of the Open Systems Interconnection (OSI) model, which has been a standard for data communications between computers since the late 1970s. It defines the abstraction and roles of each layer, which are then used by a group of people to define protocols such as TCP/IP and HTTP, which are used to build end-user applications.

The 802.11 standard does not address the upper layers of the OSI model by design, instead focusing on the Physical layer and the MAC sublayer of the Data-Link layer. Although there are some interactions such as Quality of Service (QoS) between the MAC and the Transport layers.

The IEEE works on standardizing electrical equipment, including several types of communication technology. IEEE standardisation efforts are organised into projects, each of which is assigned a number, the most popular of which is 802.

Each working group within the organisation is also given a number, which is written after the decimal point for the projects associated with it. Wireless LANs were the eleventh working group formed, hence the name 802.11.

I find it difficult to remember all the standards' information, so I used to constantly search for it on Wikipedia.

The IETF is one of five main groups that are part of the Internet Society (ISOC). It has one mission: "to produce high quality, relevant technical and engineering documents that influence the way people design, use, and manage the Internet in such a way as to make the Internet work better. These documents include protocol standards, best current practices, and informational documents of various kinds." This mission is also well-documented in RFC 3935.

The results of a working group are usually the creation of a document known as a Request for Comment (RFC) which is not actually a request for comment, but a statement or definition. When an RFC becomes a standard, it still keeps its RFC number, but it is also given an "STD xxxx" label. STD numbers identify protocols whereas RFC numbers identify documents.

One of the primary tasks of the Wi-Fi Alliance is to market the Wi-Fi brand and raise consumer awareness of new 802.11 technologies as they become available. It also ensures the interoperability of WLAN products by providing certification testing which helps in simplifing the complexity of the standards and ensuring compatibility.

When a vendor's product has received this organization's certification, it can be used anywhere in your homes or offices. On the device, look for the following WiFi Certified badge or sticker to verify this.

Why do I find it Interesting?

Since wireless networks are much more open than wired, it does not have a well-defined path consisting of a physical cable. Signals can be sent or received by anyone who has a WiFi device that follow the protocols defined by the organization discussed above.

Furthermore, radio waves tend to travel outside their intended location of the network, and it can be extended with high-gain antennas making interception of data a child's play, given that the medium is open to anybody with the right network interface.

You'll see in this clip how Darlene (sister of Mr. Robot) owned the FBI thanks to WiFi that Angella set up. I became interested in wireless networking after this scene and began learning more about it.

This post will go over the MAC header format for the 802.11 standard and its components in depth.

In this post, you will learn the fundamentals of WiFi frequency bands and how different channels are regulated by government bodies to prevent interference. 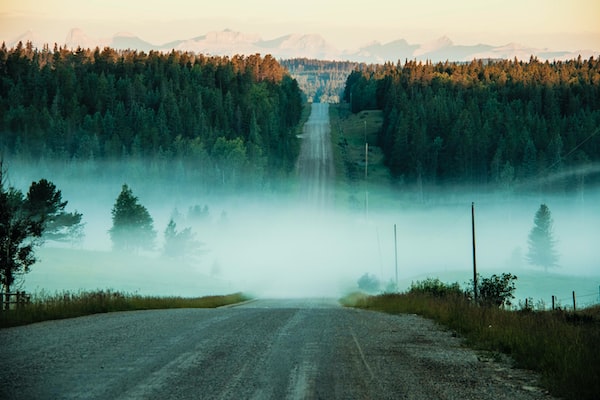 This tutorial will explain what a karma attack is and how to set up eaphammer to enable that mode and force all clients to connect to your rogue wifi network.